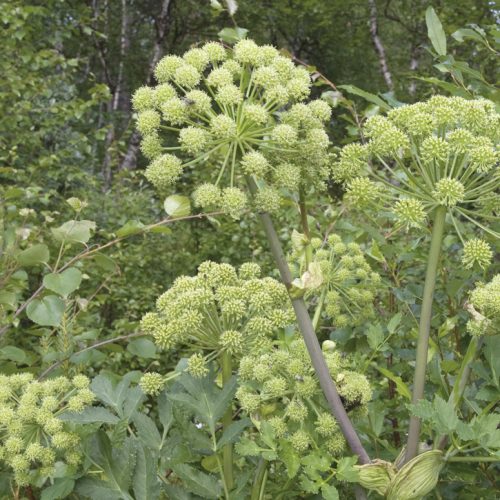 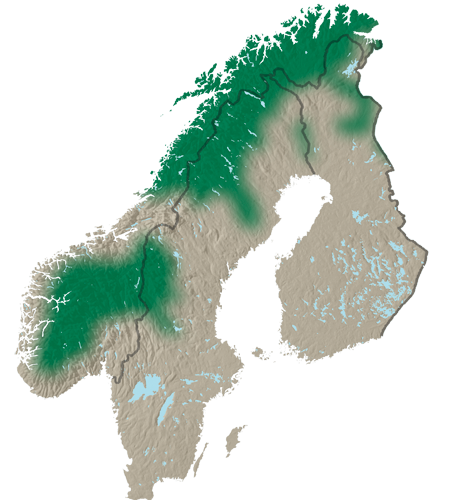 The angelica is a biennial flower, which can grow as high as two metres. The floral stalk of the plant is called boska and the leaves fádnu in Sámi. In 1747, the Swedish researcher Carl Linnaeus wrote about the Sámi names of this plant as follows: “Urtas, the rootstock of the first year, without a stalk. Fatno, the leaves of the first year. Botsk, the plant during its second year. Rasi, the peeled stalk.”

The right time to collect the angelica is after Midsummer. Only the inner, light colored part is eaten. After the flower blooms, the stem becomes harder; the plant withers and can no longer be gathered. Earlier, children loved to eat angelica stems. Great amounts of this plant were collected, cut up and dried. Fresh angelica stems were roasted on the fire or cooked with sugar. In some areas, the stalks could also be salted and simmered in fish fat or butter. Angelica leaves were dried, but they were also used fresh as a herb, for example, on salted salmon. Angelica stems and leaves were crushed and added to the milk that was preserved for the winter. Such dried milk was kept in pouches made from the stomach of reindeer or in wooden casks, ankers. The casks were sunk into cold springs.

The other subspecies of the angelica, the beach angelica (Angelica archangelica ssp. litoralis), which grows on the coast, cannot be eaten or used as a medicine.