Takaisin | Back | Ruovttoluotta
All Products >> Rohdot >>The clinker polypore, or chaga 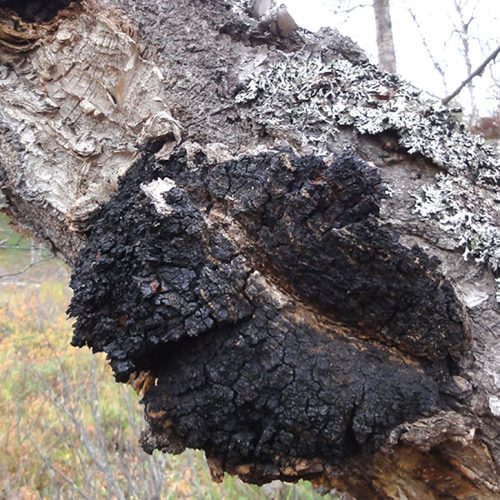 The clinker polypore is a crispy conk that is dark brown. People used to make a coffee surrogate from the mushroom by drying and grinding it. They also made tea out of it. In Russia, the mushroom has been used in popular medicine as a treatment for a variety of illnesses from gastric ulcer to cancer.