With the exception of the Skolt Sámi, the Sámi have traditionally not made use of mushrooms. Above all, they were considered the food of the reindeer and cows. The Skolt Sámi ate mostly boletes, which they called “the mushrooms eaten by cows”. For example, boletes were added to fish soup or boiled as such and then salted. Other mushrooms were considered useless mushrooms that only mice ate.

With more globalized food habits, it has now become more common to eat mushrooms. False morels, boletes, which abound in Lapland, common rufous milk-caps and the many russulas have become part of the Sámi kitchen, too. The matsutake – a mushroom highly appreciated by the Japanese – is quite common in the pine forests of Southern and Central Lapland, but people are only learning to make use of it here. 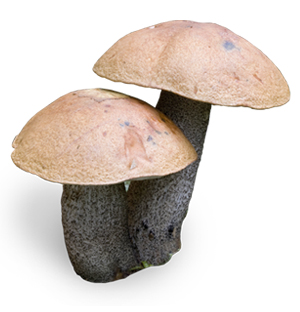