Under the birch-bark, there is a brown layer which was earlier made into flour. In the old days, lichens were dried and ground into flour. Such flour could be mixed with other types of flour and used for baking bread or blood sausages, or added to soup. 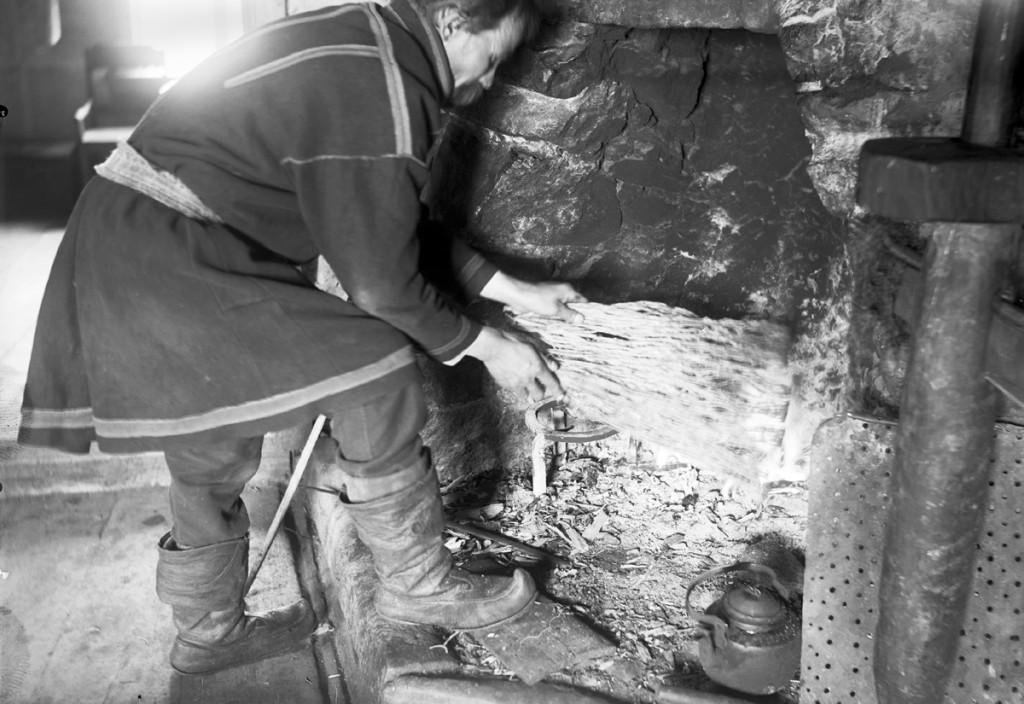 The pine was the tree that people most commonly used for flour. The flour – made from the inner bark of the pine – was used for bread, meat soup, bouillon and as a treatment for stomach troubles. The best time to collect the inner bark is the spring, when the layer contains more nutrients than in the other seasons.The inner bark of the pine was decorticated by using two special tools made from reindeer bone. The tree could be a standing pine or a pine that had been felled. The strips of inner bark were first hung to dry above a fireplace. When dry, they were roasted on embers to remove the taste of resin. The roasted strips were crushed and ground into flour with a special double-edged tool. 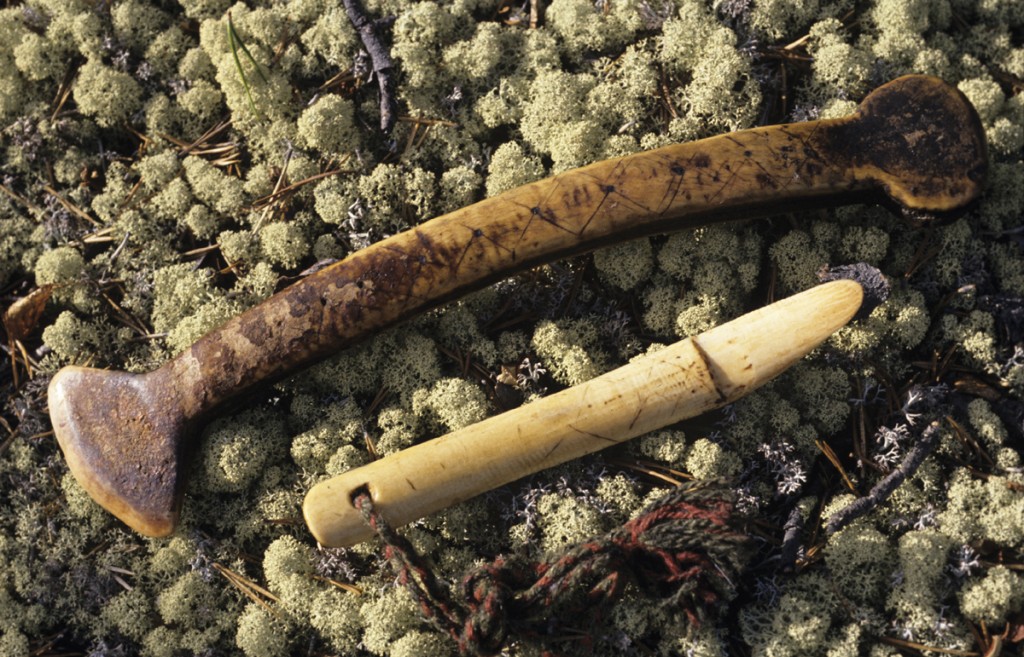 Tools for collecting the inner bar of the pine

In Finland, the flour made from the inner bark of the pine is thought of as a food that people ate when there was a shortage of food. The Skolt Sámi used this flour very differently. It was considered a delicious, healthy ingredient that was part of the ordinary diet. People prepared porridge out of it together with goose, reindeer or fish fat.