Earlier, the Sámi divided illnesses into three categories: those of divine origin, those imposed on a person, and the ordinary illnesses. The illnesses of divine origin are innate illnesses, which cannot be cured. An illness of the second group had been imposed on a person by someone very powerful, and it could be removed only by a shaman (noaidi) who was even more powerful than the imposer. Ordinary illnesses were treated by means of a variety of methods and many plants – some of which are shown in this exhibition, too. Ointments, cold and hot compresses, burning with tinder fungus, and liquids and teas have been used for medicinal purposes. However, the most important treatment was – and still is – clean water. Spring water is the best water for drinking and for treating illnesses. Before drinking from a spring, one should blow on the surface of the water.

”The Sámi in past times had to figure out what to do when people got sick and there were no doctors living in the places where the Sámi live, and some people didn’t even know that doctors exist. And so they had to figure things out so much that they discovered what different ailments were like and what one needs to do to help them…But it is not right to write down all these treatments in this book, because this book will be read the whole world over and many educated gentlemen do not need to hear of these treatments.They won’t believe in them, and they just poke fun at Sámi craziness, although, if they were to see what the Sámi do, they would wonder at their power and where it comes from.” This is what Johan Turi wrote in 1910 in “Muitalus sámiid birra” (An Account of the Sámi, 2012, English translation by Thomas A. Dubois, )

”Popular medicine makes use of nature’s conditions, medicinal plants and powers in an ecological way. Everything in the environment can be used, and, thus, every place has its own medicines and methods of curing. Such treatment aims at keeping the entire body in good condition, so that the person will not fall sick.” (P. C. Jarvis, 1970) 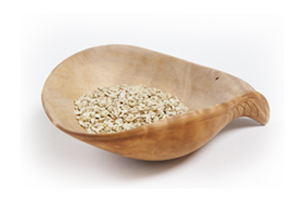